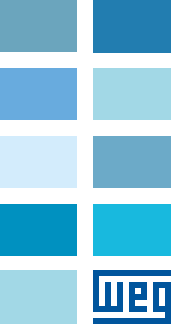 WEM was founded as a service shop in 1891. Manufacturing began in 1897. For over 100 years, WEM has earned its reputation for designing, manufacturing, and servicing large, custom-engineered electrical motors and generators in the U.S. and worldwide. WEM services oil and gas, power generation, nuclear, pulp and paper, mining and general industrial markets. WEM has earned a reputation for design innovation by developing the:

In December of 2011, Electric Machinery became the newest member of the WEG Group. Since its introduction, WEG Electric Machinery (WEM) has seen numerous improvements at the factory in Minneapolis through process improvements and replacement of aging machines with new state-of-the-art technology. WEG has fully embraced Electric Machinery by bringing expertise from WEG headquarters in Brazil as well as the support of a world-wide sales structure, together these changes have resulted in explosive growth since the merge.

Applications include synchronous and induction motors to drive pumps, reciprocating and centrifugal compressors, blowers, fans, and ball mills. WEM generators are driven by a wide variety of gas, steam, and hydro turbines, and reciprocating engines. WEM’s line of magnetic-drive, variable speed couplings are used with fans and pumps to 2500 HP.

WEM customers are served from WEM’s Minneapolis facility, which compromises approximately 425,000 square feet. Confirmed by ISO 9001 certification, we’re the company you can trust for delivering excellence and commitment worldwide. WEM’s sales offices in key cities are complimented by a network of sales representation organizations. Our service organization is staffed with experienced service engineers ready to support our customers’ aftermarket requirements worldwide. WEM’s commitment to quality ensures that our reputation with our customers is for the highest levels of quality, durability, and reliability, and will be the cornerstone of our second century of success.